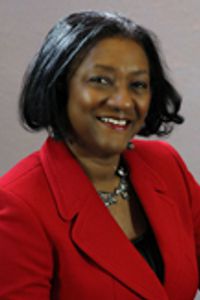 Karen Bennett (Democratic Party) is a member of the Georgia House of Representatives, representing District 94. She assumed office on January 14, 2013. Her current term ends on January 11, 2021. Bennett is running for re-election to the Georgia House of Representatives to represent District 94. She is on the ballot in the general election on November 3, 2020. In 2012, Bennett was elected by an impressive majority to serve in the Georgia General Assembly as the State Representative for House District 94, representing citizens in parts of DeKalb and Gwinnett counties. She also was elected to serve as the chairman of the Georgia Legislative Black Caucus for the 2019-2020 legislative term. The GLBC is the largest state black caucus in the country. Bennett, a licensed Doctor of Physical Therapy, is a graduate of Howard, Georgia State and Emory Universities. She earned her doctorate in physical therapy from Alabama State University.