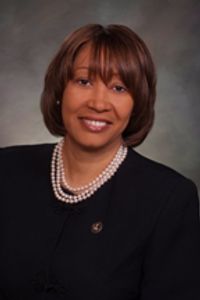 Angela Williams represented House District 7 in the Colorado House of Representatives for six years before becoming a State Senator in 2017. In the House, she served as the Majority Caucus Chair, the first African American woman to hold the position in Colorado’s history. Williams graduated from Northeastern State University with a Bachelor of Science Degree and holds a certificate of completion from the John F. Kennedy School of Government at Harvard University. Williams has also completed the Colorado Foundation for Water Education professional development program. Before pursuing a life in public service, Williams was the principal owner of the Angela Williams Allstate Insurance Agency for 12 years.