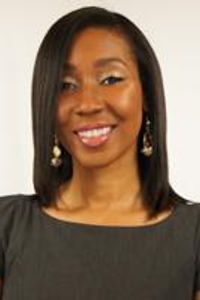 Anika Omphroy organized her first call to action against racial injustice in seventh grade and was voted “Most Outspoken,” as a high school senior. At a U.S. Census outreach event, she spoke out about youth inclusion, which led to the creation of a talk show that produced in the fall of 2010 on TeleAmerica Broadcasting Network. The show ran for two seasons and was the most-watched show on the station. She graduated from Nova Southeastern University.