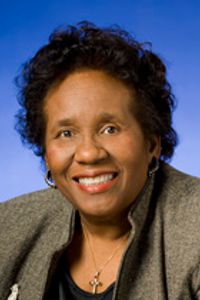 Barbara Cooper has served as the Tennessee State House of Representatives, District 86, since 1997. She is a retired educator who earned degrees from Tennessee State University and a Ph.D. in Religious Philosophy from Jacksonville Theological Seminary. In 1970, Cooper was a community relations specialist for Southwest Community College. She then worked as an instructor for Southwest Tennessee Community before becoming parent coordinator for the Catholic Diocese of Memphis City Schools for several years.