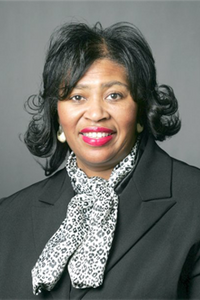 Brenda Jones is a product of Michigan’s public school system, an alumna of Cass Technical High School and earned her bachelor’s degree in Psychology from Wayne State University. Before beginning her career in public service, Jones worked for Michigan Bell and was later elected union President of the Communication Workers of America Local 4004 in Detroit, where she represented over 1,000 union members. In November of 2005, she was elected to the Detroit City Council, and in January 2018, she began a third term. Since 2014, she has serviced as the City Council President working diligently to bring jobs, economic opportunities, neighborhood revitalization, and educational resources to all.