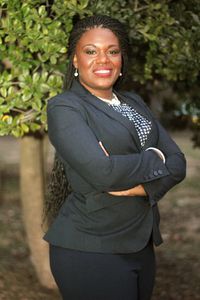 Cori Bush is a former early childhood educator, a community-based mental health registered nurse, and an ordained pastor. Bush was honored as a recipient of the 2015 “Woman of Courage” Award from the Emmett Till Legacy Foundation, the 2016 Delux Magazine “Power 100” Award, named one of the ‘Top 50 Women of St. Louis” by Gazelle Magazine, and honored as an “Unsung Human Rights Shero” by the St. Louis Coalition for Human Rights in 2017. She also received the 2018 “Community Activist” award from the Missouri Association of Black Ministers.