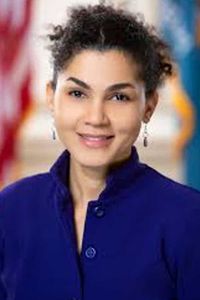 Elizabeth “Tizzy” Lockman entered community service in 2004 through Public Allies Delaware, where she served as program manager for Serviam Media’s Hearts & Minds Film Initiative. When her daughter enrolled in kindergarten at Highlands Elementary School, Lockman joined the Parent Teacher Association and served as the group’s president from 2010-2013. From there, she was appointed to the Wilmington Education Advisory Committee, while also working as director of the Parent Advisory Council on Education (PACE) initiative at the Christiana Cultural Arts Center. Lockman earned a bachelor’s degree from New York University and a Master’s degree in urban affairs and public policy from the University of Delaware.