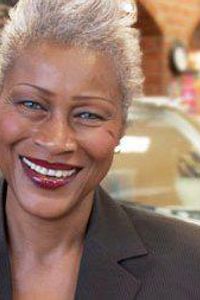 Elvi Gray-Jackson began her public service career with the Municipality of Anchorage at the Public Transit Department 37 years ago. Beginning as an administrative assistant, Gray-Jackson eventually became Director of the Budget and Legislative Services Office. Gray-Jackson later worked for Municipal Light and Power as Director of the Alaska Energy Railbelt Authority. Her civic work includes serving on the Board of Directors for Boys and Girls Club of Alaska and the National League of Cities. A graduate of the University of Alaska, she is a recipient of the Women of Achievement Award and other distinguished awards and recognitions.