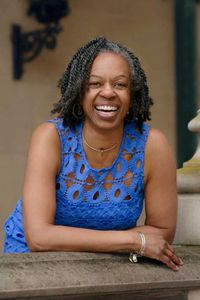 Jackie Gordon’s 29-year career in the Armed Forces included her service as a platoon leader in Germany during Operation Desert Storm, as an operations officer at Guantanamo Bay during the Global War on Terror, as a battle captain in Baghdad during the U.S.-led invasion of Iraq, and as Commander of the 310th Military Police Battalion in Afghanistan in 2012. She retired from the Army Reserve with the rank of Lieutenant Colonel in 2014. Gordon spent three decades working in New York public schools as a guidance counselor, and has earned degrees in education from Hunter College and Queens College. From 2007 to 2020, she served on the Babylon Town Council, where she worked to direct resources to veterans and military families as Chair of the Veterans Advisory Council.