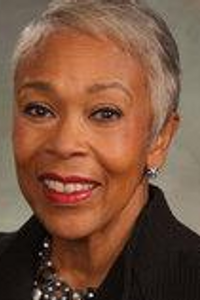 Janet Buckner is a member of the Colorado House of Representatives. Janet was unanimously elected by a vacancy committee in July 2015 to serve the remainder of the term of her late husband, John W. Buckner, representing House District 40 in southern Aurora. She is dedicated to legislation that addresses health and education inequities and she has proven to be a leader in the state legislature by passing laws to address these issues in a bipartisan manner.  She is a member of the Health & Insurance and Education Committees. Janet has always believed in giving all individuals a “seat at the table” with regard to policy and legislative issues. Janet was reelected to serve the people of House District 40 in 2016, and again in 2018. Following her 2018 victory, she was appointed to the leadership role of Speaker Pro Tempore.  In the 2019 legislative session, Janet sponsored and passed the historic Equal Pay for Equal Work Act, ensuring that women are compensated equitably for their work. Early in her career she worked for several years as a speech and language therapist. Janet retired from a professional career in 2007 after more than three decades in medical sales, training doctors and other hospital personnel as well as other sales representatives. She has a Bachelor’s degree in education from Ball State University in Muncie, Indiana.