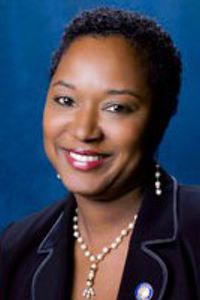 Lena Taylor took a principled and dramatic stand in 2011 when Milwaukee tried to end collective bargaining. She was part of the “Wisconsin 14”, in which 14 Democratic Senators left the state in order to prevent the passing of the “Budget Repair Bill” that would strip away the right of workers and end democracy in the public sector work place. Taylor and her colleagues remain revered by many for their stand in support of worker’s rights in Wisconsin. The National Education Association awarded Taylor and the rest of the Wisconsin 14 their 2011 Friend of Education Award, the first time ever the award was granted to a collective group’s action. After graduating from the University of Wisconsin-Milwaukee, she attained a law degree from Southern Illinois University at Carbondale. She became a Milwaukee Public Defender and later opened Taylor and Associates Law Office. Taylor still holds free legal clinics in conjunction with Greater New Birth Church in Milwaukee for those in need.