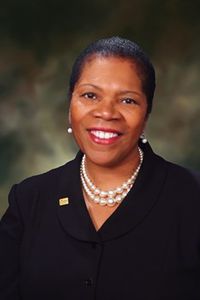 Paula Hicks Hudson has long been committed to empowering and helping people improve their quality of life. As a Reginald Heber Smith Fellow, she began her career at Toledo Legal Aid Society representing senior citizens and working with several community groups. During her 35-year professional career, she has worked as assistant Lucas County prosecutor, assistant public defender and assistant state attorney general. From 1998-2002, she served as the legislative director of the Toledo City Council and also served as mayor of Toledo. Following that, she served as the director and deputy director of the Lucas County Board of Elections and chief legal counsel to the Ohio Office of Budget and Management under Governor Ted Strickland. She graduated from Spelman College, earning a degree in political science, and earned a master’s degree in communications from Colorado State University, and a law degree from the University of Iowa.