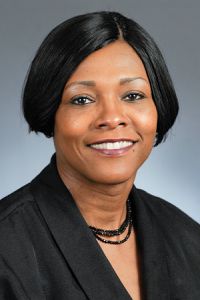 Minnesota House of Representatives District 65A

Rena Moran moved to the Twin Cities in search of a better life for her children. After staying in a Minneapolis shelter for several months, her family eventually became homeowners. Her work along the way included Camp Snoopy, the YMCA and a financial trading firm.
A defining moment came when the city only paved half of her street, even though the entire street would be assessed for the cost. After knocking on doors, she got the entire street paved.
Moran later was hired by Urban Embassy to lead efforts to engage the African American community during the 2008 election. She is a founding member and chair of the People of Color and Indigenous (POCI) Caucus and United Black Legislative Caucus.