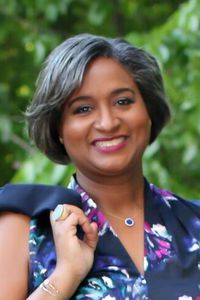 Rhetta Andrews Bowers has always invested her time and energy in her community. Bowers is a champion for children and education. She is a former educator and has volunteered many hours on district PTA and Band Booster executive boards within the Garland Independent School District. Bowers also is a Co-founder and four-time Co-chair of the Dallas Women’s March. Bowers is an alumna of Spelman College and Texas Southern University where she earned degrees in Telecommunications and Broadcast Journalism.