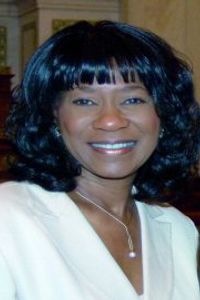 Rosita C. Youngblood, first elected to serve in the Pennsylvania House of Representatives on in 1994, has focused on serving the constituents of the 198th Legislative District by introducing several issue-specific pieces of legislation and sponsoring community outreach programs and activities. In 2011, Rep. Youngblood was appointed Democratic chairwoman of the House Gaming Oversight Committee. Youngblood left this position in 2015 when she was selected for the House leadership team as the House Democratic Caucus Secretary. Youngblood is the first Black woman to hold a leadership post in the Pennsylvania General Assembly’s history. She earned her B.A. in Human Services from Antioch University.