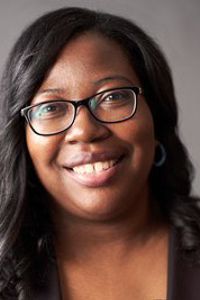 Minnesota House of Representatives District 52B

Ruth Richardson is a member of the Minnesota House of Representatives, representing District 52B. She assumed office on January 8, 2019. Her current term ends on January 5, 2021.  Richardson is running for re-election to the Minnesota House of Representatives to represent District 52B. “I’m a professional problem solver. I promise to be a leader focused on civility, unity and community. We are stronger together”.  The importance of public service was instilled in her by her parents.  She grew up in a large, working-class family where she learned the Midwestern values of hard work and generosity of spirit.  Ruth’s father was a Metro Transit employee and a union member.  One day, he didn’t come home as planned. He’d been severely injured on the job and rushed to the hospital for emergency surgery. When he finally came home, it was a different life. Ruth remembers that the one thing her family did not have to worry about was losing their home and livelihood because they had the support of his union brothers and sisters.  Ruth worked at three jobs while putting herself through law school while raising two young children.  Today, she is committed to standing with unions like they did for her and her family.