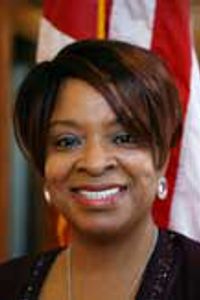 Sheila Jones assumed office in 2005. Before her election to the House, Sheila served as the legislative representative for the Georgia State Council of Machinists & Aerospace Workers Union AFL-CIO. In this role, she represented more than 9,000 working men and women throughout the state of Georgia. She also met with both state and national lawmakers to discuss issues affecting working families (such as the minimum wage, unemployment benefits, and workers compensation). While employed at Lockheed Martin for 34 years, Jones was an active member and still affiliates with the International Association of Machinists and Aerospace Workers Union AFL-CIO Local Lodge 709.