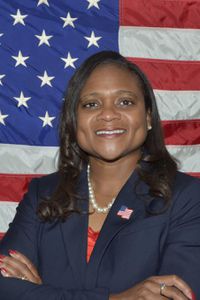 Sherry Dorsey Walker is the first person of color elected to the Delaware House of Representatives from the 3rd District in 2018. As well, she is first woman and the first person of color elected to the 6th District to the Wilmington City Council in 2012. She earned a master’s degree in Film from Howard University and a bachelor’s degree from the University of Delaware in English and Journalism. In 2001, Dorsey Walker established SWAP Productions LLC, an independent film production company. SWAP is an acronym for Sisters With A Purpose. Dorsey Walker believes that her purpose in life is to educate, entertain and enlighten through her films and her public service. For this reason, she conceptualized “Justice For All: The Documentary,” a film focusing on the perils of the juvenile justice system in America and overseas.